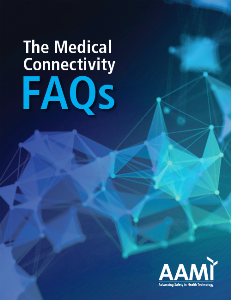 A first place to check is on the client device’s service screen, which preferably provides statistics about the number of packets transmitted and the number of packets that are retried (retransmitted). A high retry rate (above 10%–20%) indicates that the client is having some difficulty reliably transmitting data to its receiver (an AP in the case of 802.11). Note that some low data–rate 802.11 devices can maintain a connection with retry rates as high as 80%. A second place to check is the wireless controller to see if the AP has high retry rates with that client (or all clients). If the SNR is low, move the client closer to the AP and see if the packet retry rate decreases.

High retry rates are due to a low signal level, a high noise level, or both. The next step is to determine whether the signal strength at the receiver is high enough. This can be done by checking the signal with a wireless sniffer, and/or looking at the wireless controller’s logs for the AP. Some tools provide measures of both signal and noise levels. Because the wireless controller and packet sniffers can look for packets from a specific device, they can give the signal level for that device if the packet is received with the client’s MAC address intact. If the packet can’t be detected at all by these tools, then a spectrum analyzer may be used. A spectrum analyzer can measure the amount of time interference is present as well as the amplitude of the interference.

It is helpful to have an RF heat map (i.e., measured amplitudes of RF signals at different points in the hospital across the RF bands of interest) of the hospital at system installation, which can be compared to the amplitudes at later times to determine where noise has increased.

Other possible causes of interference include poor channel planning where neighboring APs are on the same channel (always a problem with 2.4 GHz Wi-Fi, where only three nonoverlapping channels are available) and oversubscribing APs where there is insufficient
bandwidth to support all of the clients. For more information on the former, see also Questions 12, 24, and 57. Solutions for the latter issue include increasing AP density with lower power for each AP (this works better when clients subscribe to the 802.11d power constraint element), limiting low data–rate support, and reducing the number of SSIDs.

There is a scenario where an AP can be set to high power, so the client measures a strong signal, has a high SNR, and an RF heat map shows full coverage. However, the AP receiving data from a low-powered client device receives the RF signal at a low signal strength and low SNR.