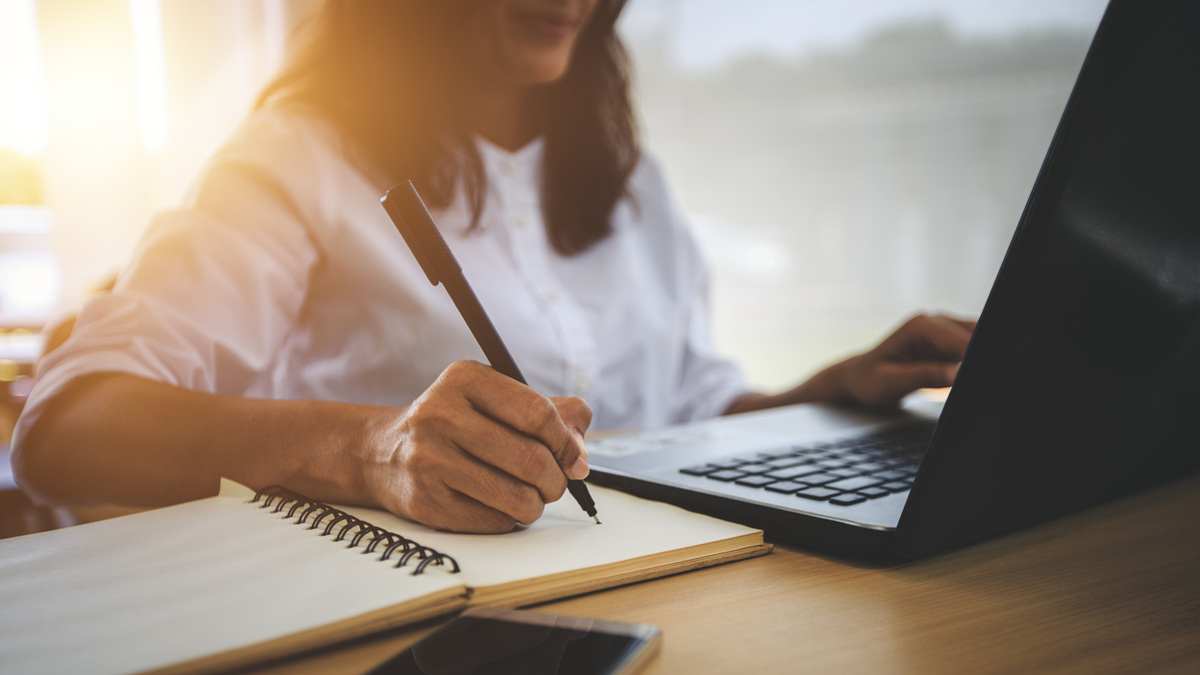 As the pandemic picked up in the spring of 2020, entire industries were brought to their knees. But health technology education? Like a boxer shrugging off a walloping left hook, it assessed the situation, took a moment to reset, and then it jumped back into the ring.

More than a year after COVID first hit, educators and education-program leaders all say the same thing: Nothing about the pandemic has been routine or expected, but the courses and the teaching and the learning all continue—health tech training has hardly missed a beat.

“It hasn’t been easy, that’s for sure,” says Charles Wickens, CCE, Adjunct Professor of Biomedical Engineering at Portland Community College in Oregon.

Charles experience represents what nearly every other technical and vocational school in the country, Wickens notes. When the school closed its doors to in-person classes, all hands-on lab work for HTM students was put on hold, as was the co-op program he runs at Samaritan Health, where he serves as Director of Clinical Engineering. There was no playbook for what to do next, but he did know he wasn’t about to stop teaching.

“It all happened so fast, Oregon moved swiftly in implementing comprehensive Covid-19 restrictions, opening up alternative ideas for education with the stoppage of what had always been standard practice for educating these students.” The only thing we could do was pivot to something entirely different, Wickens says. “We really didn’t have a choice. It was an education must move forward approach.”

New Tools for a New World

That “something” has predictably involved technology almost everyone has become familiar with over the last year or so. In Wickens’ case, he’s turned to WebEx for class videoconferencing, and D2L Brightspace Learning Management Platform for posting and managing class resources. “Those two tools have allowed us to continue our didactic lecturing, and then we use technical training videos in place of what the students would have had in the laboratory or through the co-op experience, which opened up in January for Oregon.,” he explains.

One video, for example, might run through the preventive maintenance procedures for a device, while another might cover repair-related troubleshooting, or the steps for a complicated parts replacement. Much of the content is produced and provided by manufacturers, but Wickens also turns to industry stalwarts like TechNation and Frank's Hospital Workshop for live and recorded webinars and other online materials. Students watch the videos together via WebEx, or they stream them on their own as their schedules allow. Many review the material multiple times, and at some point the group reconvenes virtually to discuss what they’ve learned and go over any questions.

In addition, Charles partnered with Fluke Biomedical, where all of his students were trained on Fluke biomedical test instrumentation and each received a certification of completion.

“Nothing can replace hands-on experience, but there are a lot of good things about remote learning, too,” Wickens says. He describes theirs as a “multifaceted approach” providing much-need accessibility and flexibility “and the ability to have the information reinforced on demand.” As the pandemic winds down and society trends back to something closer to “normal,” he believes remote tools and technologies will continue to play a role in HTM classrooms. “I believe that overall, these tools and technologies have been very successful in getting us through the restrictions. Maybe we can use them to supplement traditional teaching and learning. I’m sure there are a lot of good things we can take away from this and apply to education moving forward.”

Wickens isn’t the only one who feels this way. HTM educators across the country—in classrooms and co-op programs alike—are touting the benefits of certain aspects of remote learning even as they long to see their students face to face.

“Having the ability to do things remotely is really good for some of our students,” says Brian Bell, lead faculty in the biomedical engineering technology program at St. Petersburg College in Florida. Some students, for example, live far from campus, so connecting to the classroom from a computer at home can be more convenient than driving back and forth. “I think for the vast majority of my students, they prefer to be in-person no matter what. But I also know there are people out there who want to take the program, but accessibility is a real issue. If we offered them online access, maybe they’d be more likely to enroll.”

After moving completely online as part of its initial response to the pandemic, SPC transitioned to a hybrid model last semester, Bell says. For biomedical engineering, lectures and other standard classes are now delivered in what the college has dubbed “Live Online” format. Unlike typical “asynchronous” online course, where lectures are recorded and students learn on their own schedules, the Live Online courses are delivered synchronously, over Zoom, in live virtual meeting rooms. “The instructor teaches in front of a camera and interacts with their students in real time,” Bell explains.

For labs, Bell says, they’ve also made adjustments. When the threat from the virus reached a peak in Florida, all lab work was handled remotely. “We recorded videos of the activities they needed to learn, and in some cases we mailed out kits and parts so they could do the work themselves at home.” For a unit on X-ray calibration, for example, he made a video that walked students through the process, “and after watching that, they had to answer questions about it.” For a class covering electrical circuits, on the other hand, he sent students packages containing a variety of tools and supplies, including wires, multimeters, capacitors, and resistors. “You obviously can’t send a $5,000 medical device home to every student in the class, but for smaller things, this actually worked pretty well, and the students seemed to enjoy it.”

Today, Bell says, labs are again in-person, albeit with new rules to ensure student and faculty safety. “We divide the class up so only half the students are in there at once, and then everyone wears masks and they spread out around the room.” They’ve also made accommodations for a number of students who are working in facilities off campus and would prefer to do the lab work on their own. “For them, if they have the equipment they need at their facility, they just do the tests there, they record themselves, and then I watch the videos and review them and make sure they’re doing everything OK.”

Another educator who has had to adapt over the last year is Phillip Pash, lecturer of healthcare engineering technology management at the Purdue School of Engineering and Technology at Indiana University Purdue University Indianapolis (IUPUI).

Last semester, Pash taught three classes—two standard courses on the IUPUI campus, and a hands-on repair class in the HTM department at nearby Eskenazi Health. The two classes at IUPUI had no lab components, and were taught entirely in-person, Pash says. “I actually tried to move one of the classes online, but the students all said they wanted to be in the classroom.” The university was fine with that as long as they practiced social distancing, “so we made a few changes to how the room was laid out to ensure we had six feet between the students.”

That adjustment reduced capacity in the classroom by 50 percent, so students came in on a rotational schedule, with half in-person and the others participating via Zoom. The in-person students wore masks, Pash says, “and we did live classes the entire semester, with students going back and forth between campus and home.”

For his lab classes, their room at Eskenazi is “monstrous,” Pash says, so they can easily fit everyone in the space at once. The labs generally include about a dozen students, and last semester, “everybody wore a mask, everyone wore gloves, and everyone put on face shields when they were doing anything with the equipment where they had to be close together.” A significant portion of the work students did while onsite at Eskenazi involved helping hospital staff handle pandemic-related demands. “There was a lot of equipment check-in and verification, which was great because it’s the kind of thing they’re going to be doing after graduation.”

The coming semester at IUPUI will likely include even less online learning—something that Pash says he’s happy about. “The challenge with those Zoom classes is, you’re trying to teach to the students in front of you, but you’re also trying to be in front of a camera. If you have to use the whiteboard or do something else with your hands, that can be tough for the people outside the room.” He tried to minimize such problems last semester by producing versions of his drawings and diagrams ahead of time and emailing copies to his off-site students. “It was a lot of prepping and scanning, a lot of extra work. But the last thing I wanted to do was leave them hanging.”

Ensuring that his organization’s educational offerings met its customers’ expectations was also a concern for M.J. McLaughlin, AAMI director of education programming. Just a few months prior to the pandemic’s arrival, McLaughlin had started exploring moving some AAMI training courses online.

“We know it’s hard to pad travel time and expenses into a training that could be up to five days, so one major advantage to virtual training is the complete elimination of those considerations,” McLaughlin said.

March 2020, McLaughlin says, forced his team to stop investigating and planning and to instead take quick and definitive action. “We had a course scheduled at our facility in Arlington for the week after everything shut down,” he recalls. “Six days to prepare—that’s all the time we had to go completely virtual.”

The good news for that event and the others that followed: Almost everyone seemed amenable to making online education work. “People mostly understood, and in a lot of cases it’s what they preferred to do anyway,” McLaughlin says.

To make their new instructional approach work, McLaughlin and his team turned to many of the same tricks used by educators in colleges and universities. They mailed blood pressure monitors to the attendees of one course, for example, and for other courses, they did away with paper workbooks, emailing PDF versions of the material instead. They also started using daily evaluation surveys to get feedback on what was working, and what could use improvement.

“So now we’re taking that information and we’re applying it right away, making changes to make our courses more virtual-friendly,” McLaughlin says. One bit of feedback his team received early on was that more bathroom breaks would be appreciated. “That was something we hadn’t thought of—that when you’re taking a class sitting behind your computer, the standard two hours between breaks can feel really long.” Since then, he says, they’ve adjusted schedules accordingly, and he hasn’t heard any complaints.

“I think we’ve learned a lot in the last year, and I think we’ve made a lot of progress along the way,” he says. “It’s been a whirlwind and we’ve had our challenges, but I think for the most part, things are working out.”